Over the course of the long nineteenth century, hundreds of thousands of tsarist subjects left the Russian empire and resettled in western and central Europe. There, they created new communities that they called “Russian colonies.” This talk reconstructs the utopian experiments that emerged in the “Russian colonies,” and examines how they influenced political imaginaries in Russia and in their European host societies. Providing a novel account of the origins of the Russian revolution, the talk also offers a new perspective on Russia’s relationship with the rest of the world.

Faith Hillis is associate professor of history at the University of Chicago. She is the author of Children of Rus’: Right Bank Ukraine and the Invention of a Russian Nation (Cornell University Press, 2013). She is the recipient of grants from the National Endowment for the Humanities and ACLS, among others, and has held fellowships at Columbia, Harvard, and the Cullman Center for Scholars and Writers at the New York Public Library.

The talk will take place Tuesday, September 24th at 7 PM in the Kirby Hall of Civil Rights room 104 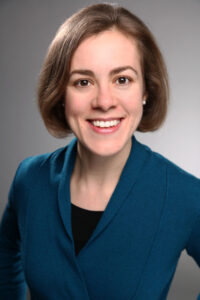