Trip to the Metropolitan Museum of Art, NYC 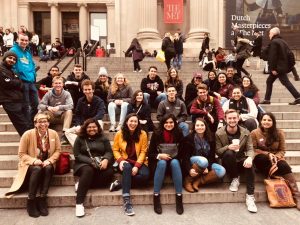 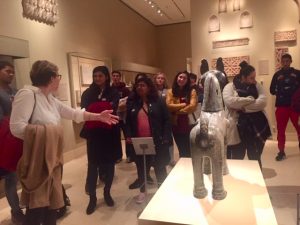 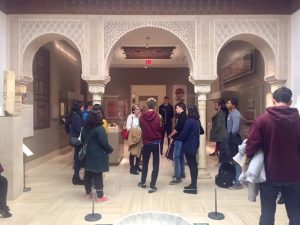 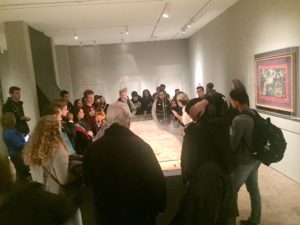 Professors Kanjwal and Goshgarian took three history classes (The Crusades History 115, Early Modern South Asia History 267 and FYS 44 Multiculturalism in the Medieval Mediterranean ) on a trip to the Metropolitan Museum of Art in New York City. The tour began with the ‘Armenia!’ exhibit where the students were led around the artefacts by Professor Goshgarian, who has been involved in putting together the exhibit. She talked about individual objects and their relevance to the Armenian community’s image of itself, as well as it’s connection across the world to various Christian and Muslim communities. Next, the students headed up to the Islamic Galleries to discuss representations of Muslim cultures and nationalism being ‘read back’ in various histories. Students found the trip fascinating, in that it focused on connections between communities and how we imagine our cultures as bounded despite plentiful evidence proving otherwise. Further, the discussions on the Met’s position and acquisition of various objects, despite having a fraught relationship with the ‘Islamic Galleries’, was pertinent to the time at which the students went and the ways in which all the classes discuss issues of de/colonization and representations of various groups.